In 2013, a group of Crib enthusiasts from Ghajnsielem got together and formed the ‘Ghaqda Hbieb Tal-Presepju Ghawdex Malta  - Sezzjoni Ghajnsielem’.  The  main aim of the association was specific: to encourage the building of nativity cribs by families during Christmas as well bring together and enhance the friendship among crib enthusiasts both locally and abroad and annually organize social events and exhibitions. During the year, even when Christmas is still ‘far away’, members of the Association get together to discuss various aspects of the crib and courses are held  periodically by local and foreign experts. Various techniques, materials and styles are shown and discussed.

Photos from our exhibition 'VENITE ADOREMUS 2015/16' 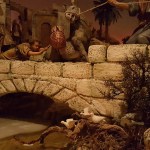 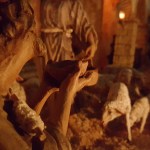 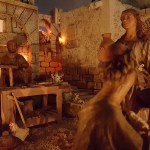 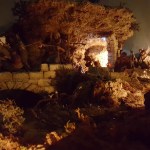 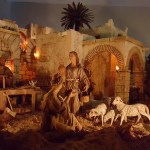 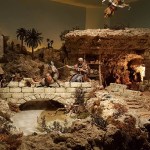 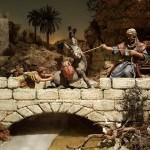 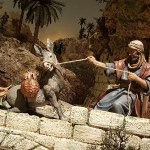 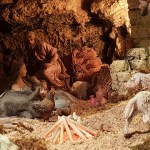 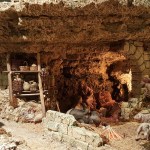 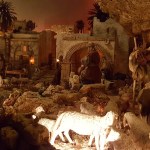 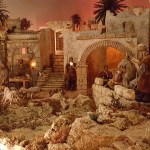 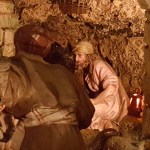 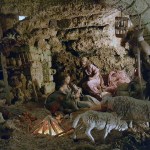 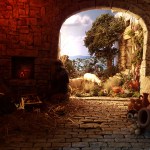 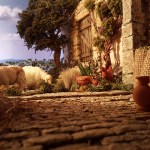 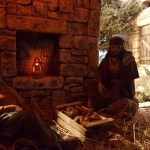 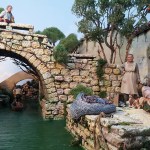 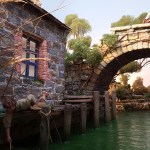 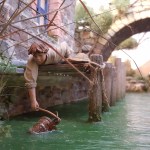 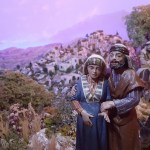 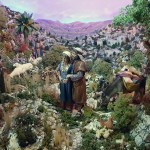 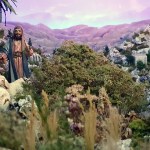 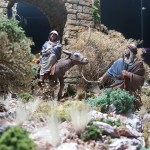 History of the Crib

St. Francis of Assisi is credited with creating the first nativity scene in 1223 at Greccio (Italy), in an attempt to place the emphasis of Christmas upon the worship of Christ. Staged in a cave near Greccio, St. Francis’ nativity scene was a living one with humans and animals cast in the Biblical roles. This practice became so popular that, within a hundred years, every church in Italy was expected to have a nativity scene at Christmastime. Eventually, statues replaced human and animal participants, and static scenes grew to elaborate affairs with richly robed figurines placed in intricate landscape settings.

The scene’s popularity inspired much imitation in Catholic countries, and in the early modern period sculpted cribs were also introduced in Catholic homes, often exported from Italy. These elaborate scenes reached their artistic apogee in the Kingdom of Naples in the 16th to 18th centuries, but Genoa also had an important tradition in the same period. By the 19th century many versions of various sizes appeared in various materials such as terracotta, paper, wood, wax and ivory - often with a backdrop setting in the stable. Different traditions of nativity scenes emerged in different countries. Hand-painted santons are popular in Provence. In southern Germany, Austria and Trentino-Alto Adige the figurines are hand-cut in wood. Colorful szopka are typical in Poland.

Distinctive nativity scenes and traditions have been created around the world and are displayed during the Christmas season in churches, homes, shopping malls, and other venues, and occasionally on public lands and in public buildings.

In Malta, households started including a nativity scene in their Christmas celebrations by the early 20th century. Crafted out of rustic stones, coal slag or papier-mâché these nativity scenes reproduced the Islands’ rugged landscape with its terraced fields and sparse vegetation. Farmhouses often provided the setting for the scene, while a windmill was usually sited on a commanding rock-ledge. Trees were commonly substituted by shrub cuttings.

Traditional Maltese cribs are populated by polychrome statuettes moulded out of unfired clay and wax. Pride of place is awarded to the baby Jesus in a wooden manger flanked by Mary and Joseph dressed in biblical garb, next to an ass and an ox. A group of symbolic characters in Maltese costume is positioned around the nativity scene. These include the stupefied (l-għaġeb), the beggar, the climber, folk singers and a sleeper. Also in local costume, the remaining peasants portray rural day-to-day activities prevalent in Malta until the Second World War.

In  the year 1907,  the Society for Religious Doctrine, known as  M.U.S.E.U.M., was set up.  Urged by its motto, ‘Verbum Dei Caro Factum Est’, which means: ‘The Word of God was made Flesh’, this Society, under the leadership of its founder, Saint George Preca, made it its task to re-kindle the love for the real Christmas.  Each December, children were given a replica of Baby Jesus or a small crib as a gift.  Another initiative of this Society was the holding of a procession on Christmas Eve during which a life-size replica of Baby Jesus was carried by members of the society while religious Christmas carols were sung. The first of these processions was held in 1921. Such processions still form part of the Christmas Eve scene in Malta and Gozo’s towns and villages.

The crib building tradition in the Maltese Islands was also kept alive by a few enthusiasts who built sizeable cribs and exhibited them to the public. It was thanks to these persons that the custom of crib building did not vanish altogether.